The 1910 wedding of Euphemia Gordon Melville and Archibald Crawford Holms at Faskally House, Brora, Sutherland, Scotland.  The elderly gentleman seated front left is John Melville, the father of the bride. He was Post Runner/Time Keeper/Store Keeper and then Brick manufacturer at the Brora coalmine. Finally Leasee of the coalmine and brickworks.  Also Bandmaster, Captain of Brora Golf Club and the Chairman of the Sutherland County Council. He died a month after the wedding and was buried in Clynekirkton Cemetery, Brora.

The married couple went to New Zealand to make a home and the line associated with the, ancestors and descendants, can be seen on what I have designated the Coalmine Line Melvilles descent below. 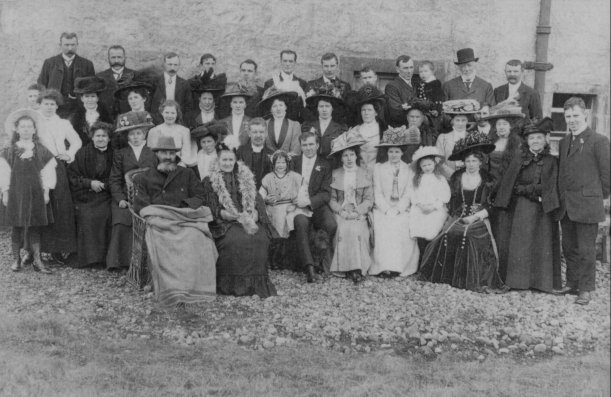